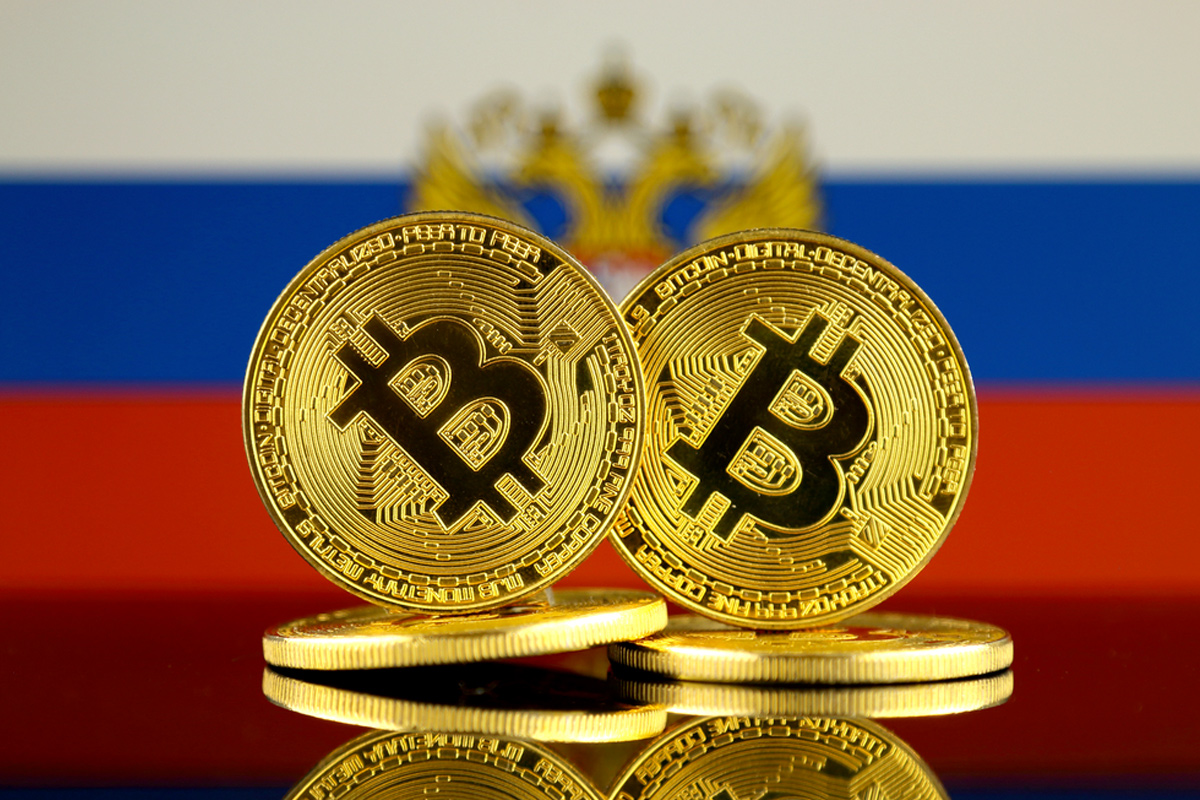 Russia has been flexing its muscles around the World scene for sometimes now and is one of the countries that really divides opinion in political and trade debates around the World capitals. It’s also worth noting that one of Russia’s staunchest allies is China which means that some of their policies are very similar.

Now, we all know that the Chinese make it pretty hard to game in the country on land or online. Well, Russia isn’t that harsh but neither is it an open playground. So, how is the Russian gaming environment?

Diverse forms of internet gambling are generally not condoned under Russian laws. But there was an interesting twist in 2016 when the government licensed a couple of local operators to operate what they call “interactive betting.”

Since the Russian-licensed websites have to go through the centralized payment hub TSUPIS, the authorities have an easy time monitoring online betting trends.

There is no joy yet for internationally licensed websites as they remain unwelcome even after the review, as are sites offering other betting products like casino and poker games. Despite the otherwise radical position on other bets, it’s thought that thousands upon thousands of Russians ardently play online mostly using VPNs to bypass the IP restrictions.

State of The Legislation in Russia:

The all-powerful Ministry of Finance formulates the federation’s policies and laws regarding gambling. Supervision, licensing, and enforcement is left to Federal Tax Service (FTS)- one of the ministries arms.

In the regions where the authorized gaming zones are, permits are issued by the regional authorities. The gaming exempt zones are Primorskaya (in the far east), Sibirskaya Moneta (in South Siberia), Yantarnaya (Kaliningrad Region) and in the Krasnodar Region, the Azov-City and Krasnaya Polyana (in Sochi).

The governing laws are a mix of federal level statutes and regional legal acts where applicable including the Gambling Law (No.244-FZ, 2006), Lotteries law (No.138-FZ, 2003), and the general gaming regulations (Civil Code).

Additionally, various bye-laws and Governmental decrees regulate specific issues within the sector, including registration of new gaming machines. Also playing an important role is the Telkom regulator, the roskomnadzor, which works round the clock monitoring and ordering Russian ISPs to block suspected gaming websites.

Sports betting was legalized in 2014 and enjoy a bit of a leeway but organizers are supposed to collect the personal details of gamblers and hand it over to the relevant sports federation and supervisory authorities.

Furthermore, the country keeps reviewing these laws and issuing new decrees as the dynamics change. For example, the authorities are mulling improving the older 2006 advertisement act to rein on brazen gambling adverts.

Also, according to press reports, President Putin has signed into law a bill that slaps more stringent punishment for illegal gambling activities.

The Government Position On Bitcoin 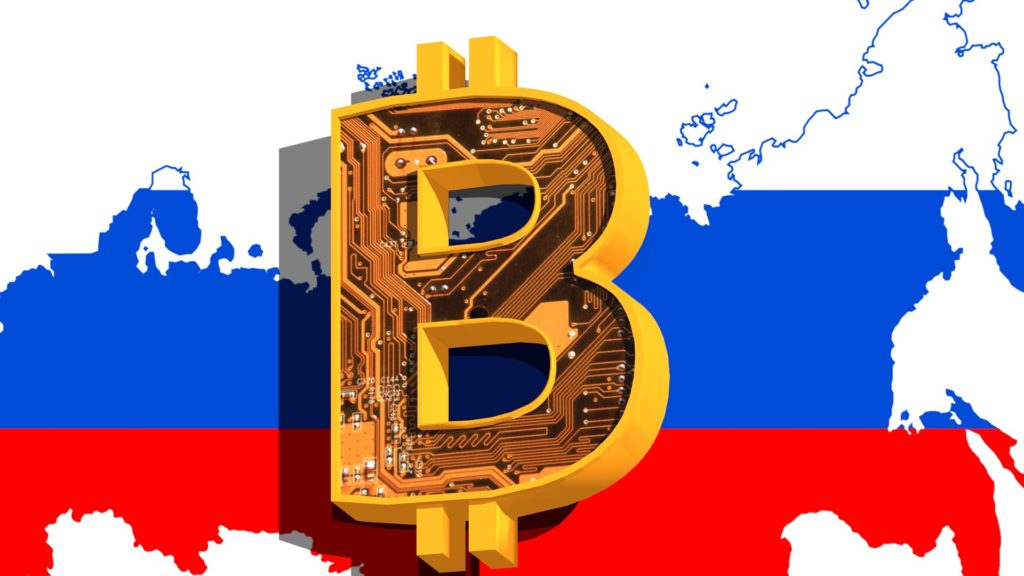 The government position on the Bitcoin keeps oscillating between warm and very cold. In 2016 for instance, the authorities announced that they will soon be launching a vicious crackdown on Bitcoin trade though not much happened. Come the first half of 2017 and the state seemed to suddenly warm up to cryptocurrencies even promising a favorable regulation to help the fledgling sector.

Then, in late 2017, and again out of the blue, President Vladimir Putin sounded the alarm over the Bitcoin and other virtual currencies, giving the clearest indication yet that the country means business as far as restricting the expanding crypto-market is concerned.

Incidentally, China and South Korea have a similar attitude towards the cryptocurrency market. The State Duma (parliament) is currently however still considering the various bills tabled on the increasingly popular digital financial assets.

Despite this, the government of the Leningrad Region previously announced that they’re opening what they are calling “the largest Bitcoin and Litecoin Mining farm” in the country. Such developments are expected to pique the interest of Russians who are yet to engage in cryptos and may help raise the profile of online Bitcoin betting websites such as CafeCasino which can be accessed from the country.

The State of The Gambling Industry

There’s a lot of interest in online bets in the federation and in spite of the government’s best effort, a large percentage of Russians are still betting in the black market.

Moscow is aware of this fact and has been coming up with amendments and new bills every now and then as it seeks to finally deliver a knockout blow to the black betting market. So far, the country has been busy censoring and deleting websites of the guilty providers. This has not been without challenges seeing that the old IPV4 address banning system is not very effective. But now, with the leading telecoms agreeing to move over to the much improved IPV6 addressing system, IP censorship is expected to move a notch higher.

There have also been proposals to ban VPNs and international payment gateways using by foreign gambling websites even though these are yet to be implemented. If and when they do, reaching offshore websites will become a whole lot harder. 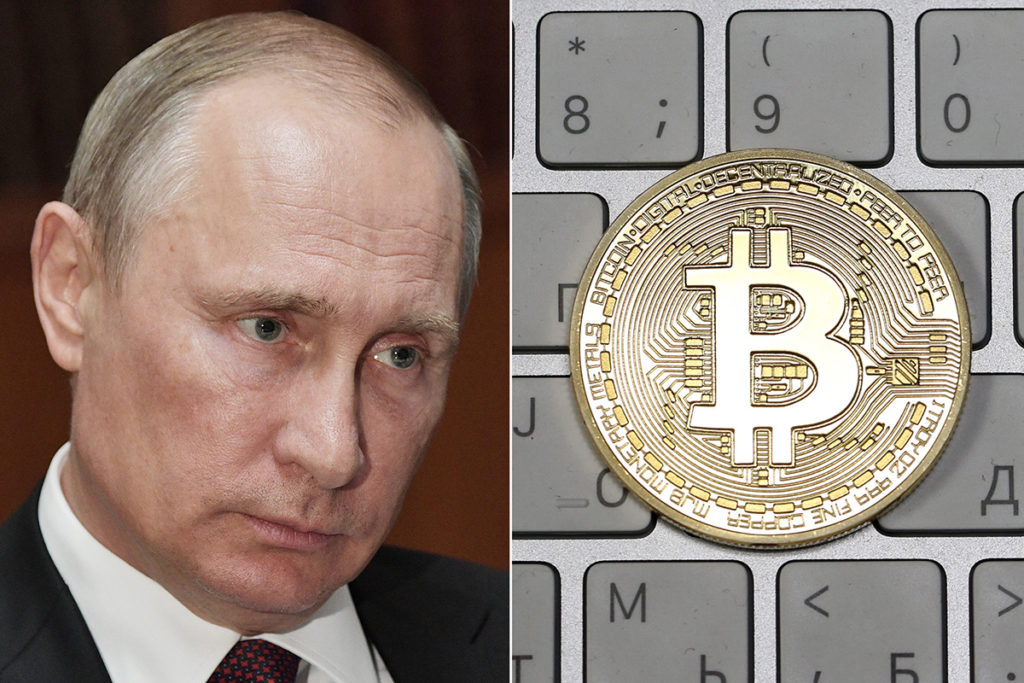 Such laws will undoubtedly affect even legitimate online Bitcoin Casinos which features a variety of games that may appeal to Russian players.

Sports betting has also been growing since its legalization and more of the World leading brands such as 1xBet are either setting shop locally or partnering with local providers in an effort to penetrate the market.

At the present, the regulated sports betting market handles about $10 Billion (677 billion rubles) worth of bets annually and this is expected to shoot up exponentially as the market matures.

Based on the statistics from the regulatory bodies, Russians gambling culture remains a huge attraction for international betting firms with many serving players in the federation. No wonder the number of gambling-related domain names reported to the Roskomnadzor keep growing. In the beginning half of 2018 alone, the agency reported that it had received a staggering  143,000 complaints concerning gambling sites.

The Russian Central Bank is now also chipping in to help and has drafted some amendments to the information Law giving itself powers to block any domain name (notwithstanding the site type) that it believes to be engaging in fraud without even seeking a court order as has been the case.

The Russian Federation has super strict anti-gambling laws and online gambling is closely controlled. Despite that only locally licensed “interactive gaming” is allowed, online gamers interested in Bitcoin casinos and poker can play offshore thanks to VPNs and the proliferation of sites offering services to Russians.

Various websites remain blacklisted though, as I had mentioned, players have perfected the art of beating the ISP blockades using VPN applications. Sports’ betting is allowed and has been slowly getting to its feet since its legalization a few years ago.

Meanwhile, the digital currencies regulations continue to gather dust in the State Duma and it’s not clear when and if these laws will pass. In short, to play in Russia, you either have to stick to the land casinos in the secluded zones, bet on the local interactive websites, or go to the black market on the internet.

Luckily, the government has their eyes trained on providers so players can breathe- for now.